Chart of Meredith Baxter's coming out

Meredith Baxter is on Oprah tonight. Good moment to have a look at the actress in the chart. It is a chart with the Sun in the last degree of Gemini, not making any (major) aspect. That is the symbol of someone drawing attention, like leaders, performers and stars. The Leo Moon seems to confirm this. There is also the pattern of professional artistic talents: a small trine between Moon, Venus and Neptune in Libra, with the Moon square and Neptune semi square Midheaven. That pattern is similar to the patterns of other artists on this blog. The important positions for Jupiter (square Ascendant) and Pluto (conjunct Ascendant) helped her to impress the persons that she met. (See: http://astropost.blogspot.com/2011/05/jupiterpluto-midpoint-and-aspect.html)
And I think that is enough for now...
She divorced a few times, had five children, had too much alcohol for a while and had her coming out on December 2, 2009. Here you see the natal chart and the progressed chart for that day. I mention seven of them:
LINKS
There is a resemblance with the chart of Ricky Martin's coming out:
1. The same amount of 'easy' aspects (sextiles and trines, making it hard to come out sooner) and the transits and
2. the kind of progressions for the day of the 'coming out'  (aspects with Pluto, Quaoar and Pholus)
http://astropost.blogspot.com/2010/03/chart-of-ricky-martins-coming-out.html
Gepost door Astromarkt op 12:24 Geen opmerkingen:

The talent in the chart of Alexis Jordan 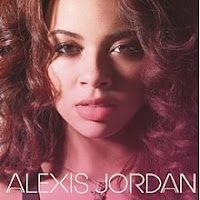 Alexis Jordan ('Happiness') was born on April 7, 1992 in Columbia, South Carolina, USA. She has a natal chart with Venus quintile Uranus and Venus quintile Neptune, stating:  creating hypes in entertainment. 'Happiness' may not be a classic song, but your brains keep singing it:)!
The most prominent planet in het chart is the symbol of beauty and style: Venus. Venus is 'calling' and at Aries Point (I mean that there are no major aspect in 5 degrees and in sign and that highlight style.  If she was born within 2 hours around midday, the Moon would make a Golden Yod with Venus and Uranus. That would be the perfect pattern of artistic talent, with a focus on Venus. Angular position could attribute to the complete picture, if only we knew her hour of birth (any suggestions?). What we know is that she looks as good as a we may expect from a 'calling' Venus! And that she is a 'hit' in many countries now.
Here are the positions on her day of birth:

I read that Alexis Jordan is also an actress. See Sun square Neptune (the concept of realising dreams, being an idol and double lives, like the ones that actors live:)
See about Sun-Neptune on Astromarkt.
Gepost door Astromarkt op 05:29 Geen opmerkingen: