On special request I had a look at the chart of the late actrice (in movies of Warhol) and model Edie Sedgwick. By intuition I selected the optional Pallas on Astro.com and see: Pallas is elevated in the chart. Whenever patterns (such as role models) are of importance to someone, Pallas is important in the chart. 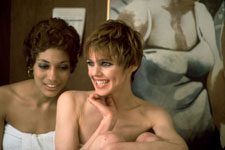 Edie Sedgwick's chart has Midheaven trine Moon, square Venus and 157.5 (sesquisquare + half semi square) Neptune. Moon, Venus and Neptune are not connected by aspects between them. This means that the career of Edie Sedgewick had artistic aspects.

Another pattern in the chart of Edie Sedgwick is that of the beautiful woman: Venus conjunct Saturn and sextile Pluto (the pattern that says: 'If you want to be beautiful, you must suffer'). Read about that on Astropost (Charts of beautiful women). She suffered from anorexia and ended her life at age 26.
Gepost door Astromarkt op 12:51 1 opmerking: 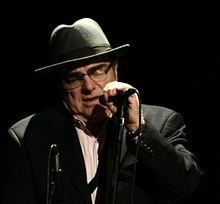 The positions in the chart of Van Morrison clearly show the pattern of the professional artistic talent (composed by minor or major aspects of Moon, Venus and Neptune and the signs of their rulership with Midheaven). Let's see:
There is the Midheaven in Pisces (sign ruled by Neptune) exactly trine Moon in Cancer (ruled by Moon) and inconjunct Venus in Leo. That would already be a statement, but there is more. Neptune, ruler of Midheaven, is in aspect with Venus (sextile) and Moon (square). Ruler MC Neptune is in Libra and in the fifth house of entertainment. It is a more than complete pattern.

There is more to see in this chart. For example, the position of the Moon in the 12th house for the need for privacy.Right now tabloids report about the loss of a lover and their child this year.

On Astrology&Love there is a post about Brigitte Bardot. Subject is the synastry with Roger Vadim. About the artist in the chart...There is the pattern of Venus, Moon and Neptune with Midheaven (angular Moon square Neptune and in aspect with Midheaven, just like Venus).There is also Sun and MC in Libra. But there is much more to consider (just follow the link above).

Here is the chart (positions in green are Roger Vadim's natal chart positions):