Sean Connery’s birth day is August 25. His chart is the chart of a cool and strong guy, a ' die hard'. Maybe it is not 'him' but his alter ego James Bond sure is!

He was born on a day that Pluto was rising before the Sun conjunct Neptune. Pluto is the symbol of power, influence, force and strategy (or politics). Neptune is the symbol of fantasies, ideals, dreams and all other ' unreal' things in life, like movies. With Sun conjunct Neptune you tend to live a life connected to ideals, dreams or myths (or you are just a romantic dreamer:). Neptune is also the symbol of idols and heroes, especially when Neptune is connected to Jupiter: than there is a chance of having a devoted audience (fans, for example). His Jupiter is septile (51.4d) Neptune and Jupiter/Neptune is semi square Moon. Also watch the angular Saturn and Capricorn Ascendant for the cool guy. It seems that women like ' cool' and strong/couragious (Pluto) guys.  I like the  Sun/Moon conjunct Quaoar and the AC/MC square Quaoar: the most individual degrees of the chart show us that he was motivated by the crucial importance of creating new ‘ realities’ (very James Bond) or...that he recreated his complete personality. Connery IS Bond and all Bonds remind us of Connery. His first James Bond was Dr. No. The release date was Oktober 5, 1962.

Here is his chart (Astrodatabank’s data source is a quoted BC). The Midheaven is wide sextile Moon and semi sextile Venus and Venus is semi square Neptune. Venus/Neptune=Moon. And that is the pattern of artistic talent in this chart. However, there is another minor aspect with Midheaven: Neptune 75 MC. And that completes the Moon, Venus, Neptune and MC – combination of working with your (artistic) talents.

More about Saturn and Pluto (the die hard combination):
http://www.astromarkt.net/saturn-in-aspect-with-pluto.html 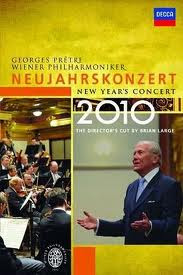 George Pretre is a famous and inspiring conductor. Born in 1924 and he conducted the Vienna New Year’s Concert of 2010, standing all the time.
He married in 1950 and has 2 children. He is Grand Officer of the Legion d’Honneur. And that is not the only reward or prize.
On the day of his birth Jupiter, Mars and Saturn were unaspected (no Ptolemaic aspects in sign or orb 5 degrees). They were ‘ calling’.  Calling Mars: the workaholic, the man with the drive…Calling Jupiter: the international, the traveler…Calling Saturn: the manager, the classical (ambition). But he is first of all an artist, a sensitive man (Neptune rising before and conjunct the Sun).
There is no hour of birth for this conductor and that is limiting the reading of his chart. Just this: Mars is quintile Pholus. I think that that is astrological for a creative way to direct the next twist or turn by means of a stickJ, a creative turning point in a an artistic work (Mars Pisces).
The pattern of artistic talent is as follows:
Moon biquintile Venus if born between 10 and 14 hours
Venus novile Neptune (a novile is 1/9 of the circle=40 d)
Moon opposition Neptune
And maybe Sun/Moon is in hard aspect with Neptune
I like the Leo Sun for performance and for leading the orchestra. It is a pleasure to watch him conducting..
Gepost door Astromarkt op 10:38 Geen opmerkingen:

See Astropost: Elvis Presley's dying day, about the transits and progressions for Elvis Presley's last day with links to more about Elvis on this blog and on Astropost.
Gepost door Astromarkt op 02:57 Geen opmerkingen:

Today Whitney Houston is celebrating her birthday. Here is her chart, with transits and progressions and here are some links to posts on Astropost.blogspot.com and Astrology&Love, related to Whitney Houston. But first, let us see the pattern of artistic talent in her chart and the indications for success. Some observations:

Success:
Sun is final dispositors of Midheaven
Sun, Jupiter and Midheaven grand trine
Moon conjunct Jupiter and biquintile Pluto\
Jupiter, ruler of the MC, is rising before the Sun

Dark sides:
Whitney Houston's Sun opposition Saturn and square Neptune with Saturn inconjunct Node illustrate the darker sides of Whitney Houston's life. Also watch Mars inconjunct the Ascendant for injuries or being hurt due to a partner (Mars in the 7th house). Whitney Houston's AC/MC is in hard aspect with Chiron, introducing the crucial and vital importance of healing. And last but not least: she has Sun opposition Pholus. Pholus is the symbol of the turning point in life and she certainly had dramatic turning points in hers. She shares an aspect between Sun and Pholus with ex Bobby Brown, who has Sun conjunct Pholus. The fact that they share this aspect is reflecting the way that they turned each others'life upside down.

More about the relationship with Bobby Brown: http://astrology-love-romance.blogspot.com/2010/04/famous-couplewhitney-houston-and-bobby.html

Leonardo di Caprio: first of all a producer?

Leonardo di Caprio said that he wasn’t a sweet little boy, but a fighter. We can see that. Mars in Scorpio is rising before his Sun! That is a statement for someone who is first of all an activist, entrepeneur, soldier,  fighter or ...productive (a producer).
BTW he is fighting for the environment (MC in Cancer) as a producer.  And maybe that is exactly what he wants to. Here is the chart.
Meer lezen »
Gepost door Astromarkt op 15:26 Geen opmerkingen: