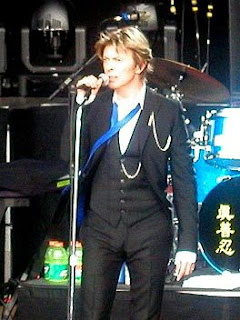 Here I have a look at the artist in the chart. David Bowie is a man of many talents. Maybe that is why there are so many prominent placements in the chart.

We see:
(Jupiter and Uranus symbolize the sudden windfall. It is a lucky combination).
This shows us that there is passion (Venus and Mars) and that there are party's (Venus and Jupiter) and maybe a short fuse (Mars-Uranus) but also always successful action (Mars-Jupiter).
Those are 70% of the placements. Among them: Moon, Neptune and Venus, part of the pattern of artistic talents.